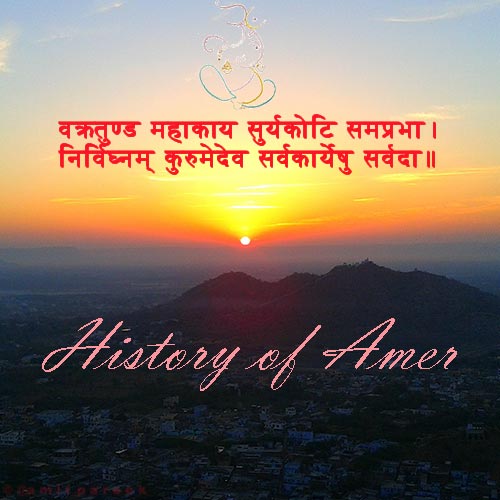 India is a country. Which can not be describe by one or hundred words. It is known for legendary warriors and culture. In India there is many religion and culture. Because of that it is also called as incredible India. In India there is a town called amer. who saw many century and wars. Amer is located in Aravalli range of hills. It is a incredible magic of nature. It is well decorated by various earth elements. it is a land who shine like gold.

Naming of Amer or Amber


Amer name is named after who does not have one name which is impossible to know and recognize. He is Omkar. He is everywhere he is present in every animals and humans. Amer (Amber) name named after Lord Shiva temple. Ambikeshwar mahadev which is built so many years ago.

Amber Beauty is come from Lord Shiva. Ambikeshwar mahadev temple is located in the center of arawalli range of hills facing to east direction. In north side of temple there is lord Vishnu temple"Badrinath" and in south side there is temple of goddess Shila Devi and narsingh dev. In west side is a temple of Lord Hanuman and bhuteshwar ji temple. It feel like a family. Culture is in every temples and palace.

we are invite all people of world in our country and give us chance to serve you hospitality. See amer and every land of India and feel joy and happiness.

In past Meena was ruler of Rajasthan. And it was also called as matsya Kingdom, and amer was the capital of meena state.It was said that. Meena are the recognize their progeny from the lord Vishnu avatar as matsya (fish).

In india it is called meen avtar. The land of dhundhar was ruled by clan of Meena for many years. It was said that. The amer was named after the temple Ambikeshwar Mahadev temple. It was built by ambika raja (or king) 5000 year ago in amer.And the ruler of the meena was continued to built many palace, city like Khohgang, temples after some time they lost there kingdom from the Kachwaha rajputs.


Kachwaha are dynasty of Kush the son of Ram and Sita. They called suryavanshi, and dulha rao is the known as the founder of the Rajput kingdom amer in 1037 AD, and they fought with meena many year. Kachwaha won the amber from the meena raja. And they built many palaces, temples and many buildings around the amer. Amber was the capital of kachwaha. After that the Sawai Jai Singh II built the first planned city 'jai nagar'. Now jai nagar is called as Jaipur. Because of the color of the building are pink. So it is also called as the pink city. Jaipur is the central attraction of tourist in Rajasthan.

During Samvant 1023 A.D. Alan Singh chanda Meena was the ruler of khohgang at distance of 4 kilometers from Jaipur. And in another area Soda Rai prince of Narwar died in fight with the Rathore Rajputs, he won the battle though. His younger brother Tej Singh usurped the power from them deprived Soda Rai family from their inheritance rights. She knows of the devious character of Tej Singh and due to his fear. Wife of Sode Rai, Pushpde took the infant child Dhole Rai. Dhole Rai was 8 months old and left Narwar. 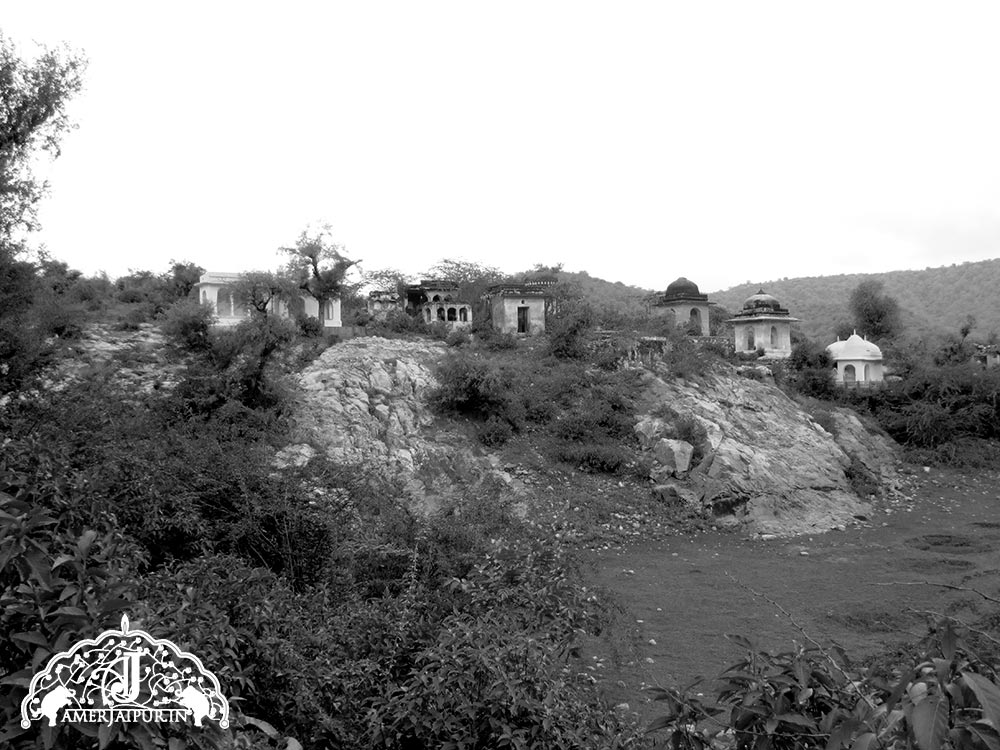 She was passing through a jungle. She was tired and hungry. She laid Dhole Rai on ground and start plucking berries to eat. A snake came and covers up the child to shade him. Dhole Rai mother saw this view and started crying and shouted for help. A Brahmin noticed this miracle and goes to the mother of child and predicted bright future of the child. Pushpde laughed to hear this. And said she just wanted to feed her child. The Brahmin told her to go khohgang. And gave the direction to her and said you can find a job there. In khohgang she meets a lady and asked for job of maid servant. Then the lady takes her to the Queen of khohgang. And there she gets the job of maid servant and started work there. 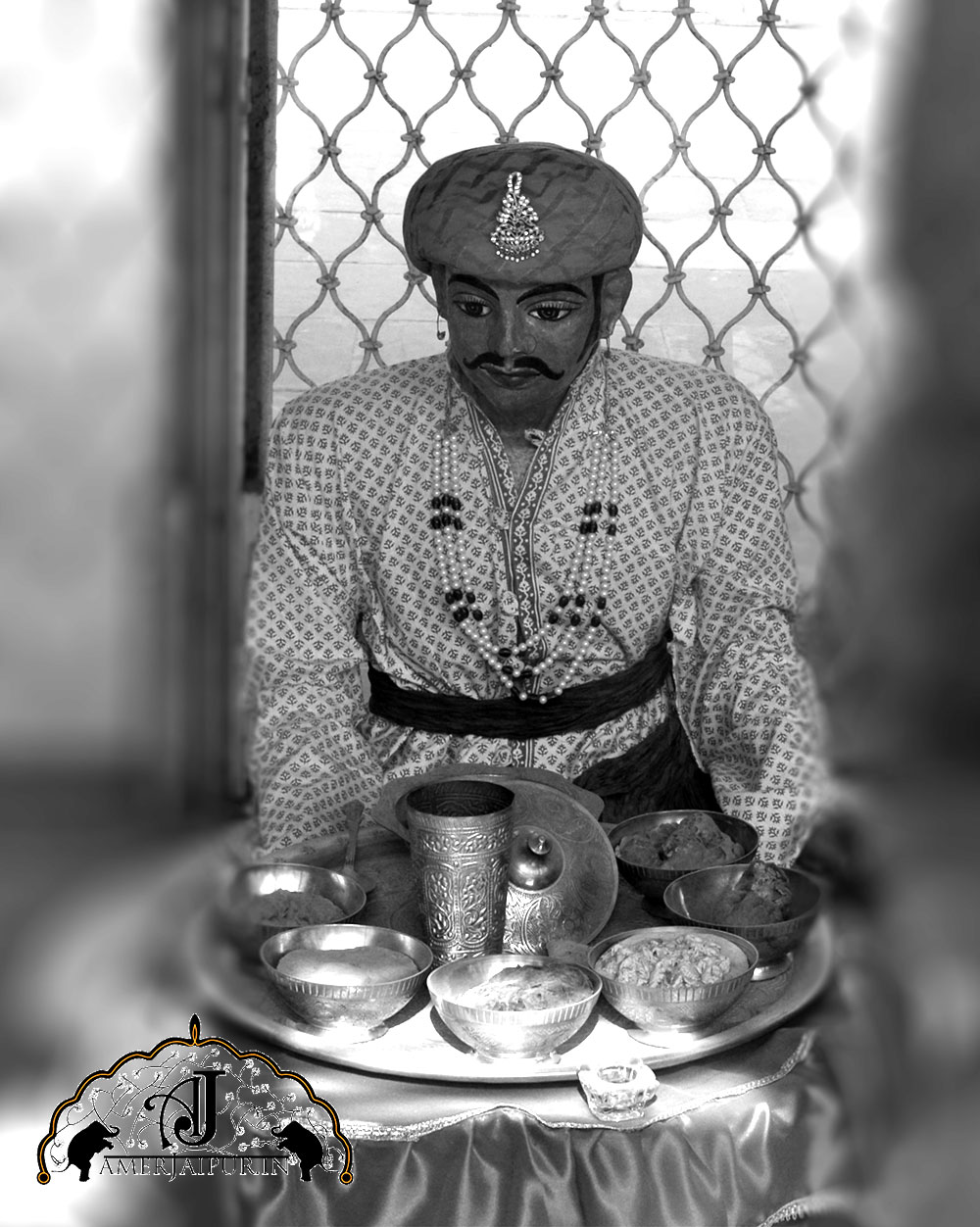 It was mandatory for the Queen to prepare food for King Alan Singh. One day queen did not make food for king. So she told pushpde to cook food for king. The king took one or two morsels of it. Alan Singh recognized the change in taste of the food. It was delicious than ever before. He called sodhe Rani and asked about this. Queen told the truth. The maid Pushpde prepared the food. King called the pushpde to report him. Finally Alan Singh gets to know the truth and identity of Pushpde and thus adopted her as his sister and her son Dhole Rai his nephew. 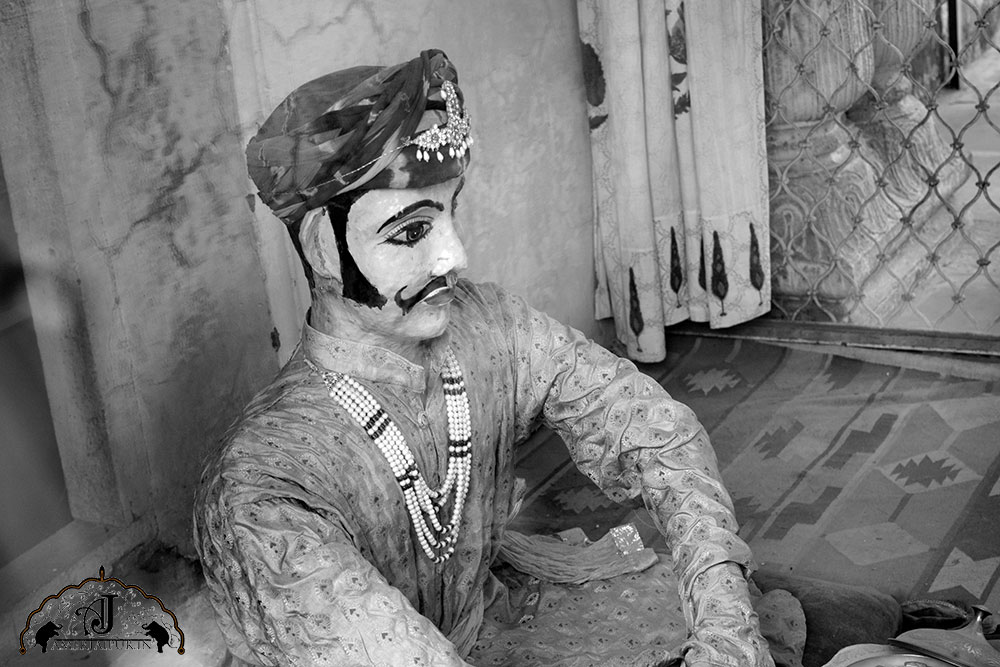 During this period there was reign of Anagpal all over India. And its capital was at Delhi. Every ruler had to pay royalty and taxes in his court to be in peace with him.

Dhole Rai who was now fourteen year old? requested the king to permit him to go Delhi to pay for the royalties. Taking the money of tax he went to Delhi. The young boy remains there for five years. At that time he wanted to become the king of khohgang. At Delhi he met with one of the member of court of Alan Singh. They both planned to acquire the throne from his uncle Alan Singh by conspiracy. He consulted the bard who advised him to take best chance of executing his plan on the night of Diwali, when it is customary to perform the ritual of offering water (tarpan) to the ancestors in the pond in mass gathering. During this time all the Meena was unarmed. So the bard suggested taking best advantage of it. He gives the signal to Dhole Rai to attack. It is said that there were around 4500 Meena army men of Alan Singh who were murdered none of them escaped alive. After that Dhole Rai killed Bard. Because one person who proved unfaithful to his own master. He will not loyal to anybody. 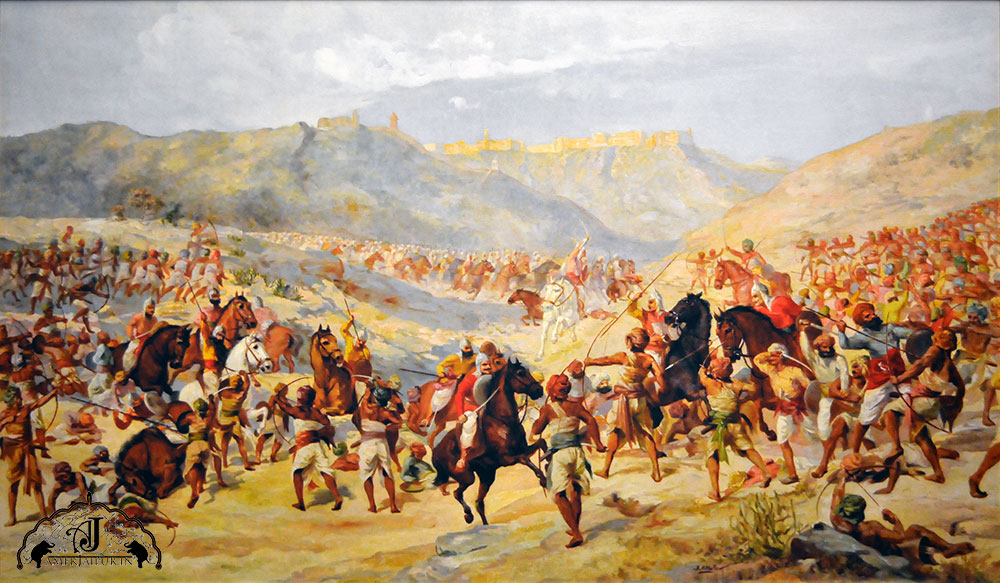 The news reached khohgang that the king was killed by Dhole Rai hearing to which, Sodhe Rani laughed and ordered the servant to find out the body of Alan Singh to the pyre to become Sati. While becoming Sati she predicted that who murdered my husband and unfaithful to him he will also murdered by his enemies heard that dhole Rai got afraid and begging to the queen and praying to her and asked to forgive him with a condition that she put was to adopt her as other goddess of his clan and a chanda meena man will mark the forehead of the successors with blood from left thumb of his foot. Finally Sodhe Rani became Sati in Amber.